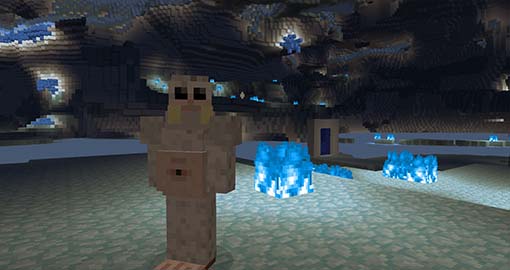 Pagamos, also known as Ice Mod, was originally created by JabJabJab and was one of the first dimension mods ever created way back in Minecraft Beta. All though, it has not aged very well playing it today with inside of modern minecraft versions, this is a piece of history you would be playing and is meant to capture nostalgia.

❄️ How to play

Hostile mob that flies through the dimension. They fire projectiles at the player and their projectiles can be hit back at them.

Hostile mob that can trap you inside of its ice and then explodes.

Passive mob that does nothing other than populate the dimension./p>

Yeah, go ahead unless told otherwise. Just make sure to give proper credit and you’re good.