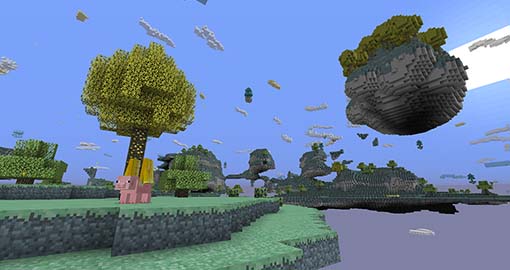 Modding Legacy does not maintain this project anymore and was adopted by Gilded Games. Aether Legacy (Now Rebranded as “The Aether”) page is here for information and history.

Aether Legacy was the start of Modding Legacy, with the first member and founder being 115kino. Aether Legacy’s first version was released on December 16, 2016 originally released on Minecraft 1.10.2.

It was then later ported to 1.11.2 and 1.12.2 on Forge. Later, developmental builds on the Rift mod loader on 1.13.2 were released on GitHub and then 1.14-snapshot builds on Fabric mod loader. Those builds are long gone, however.