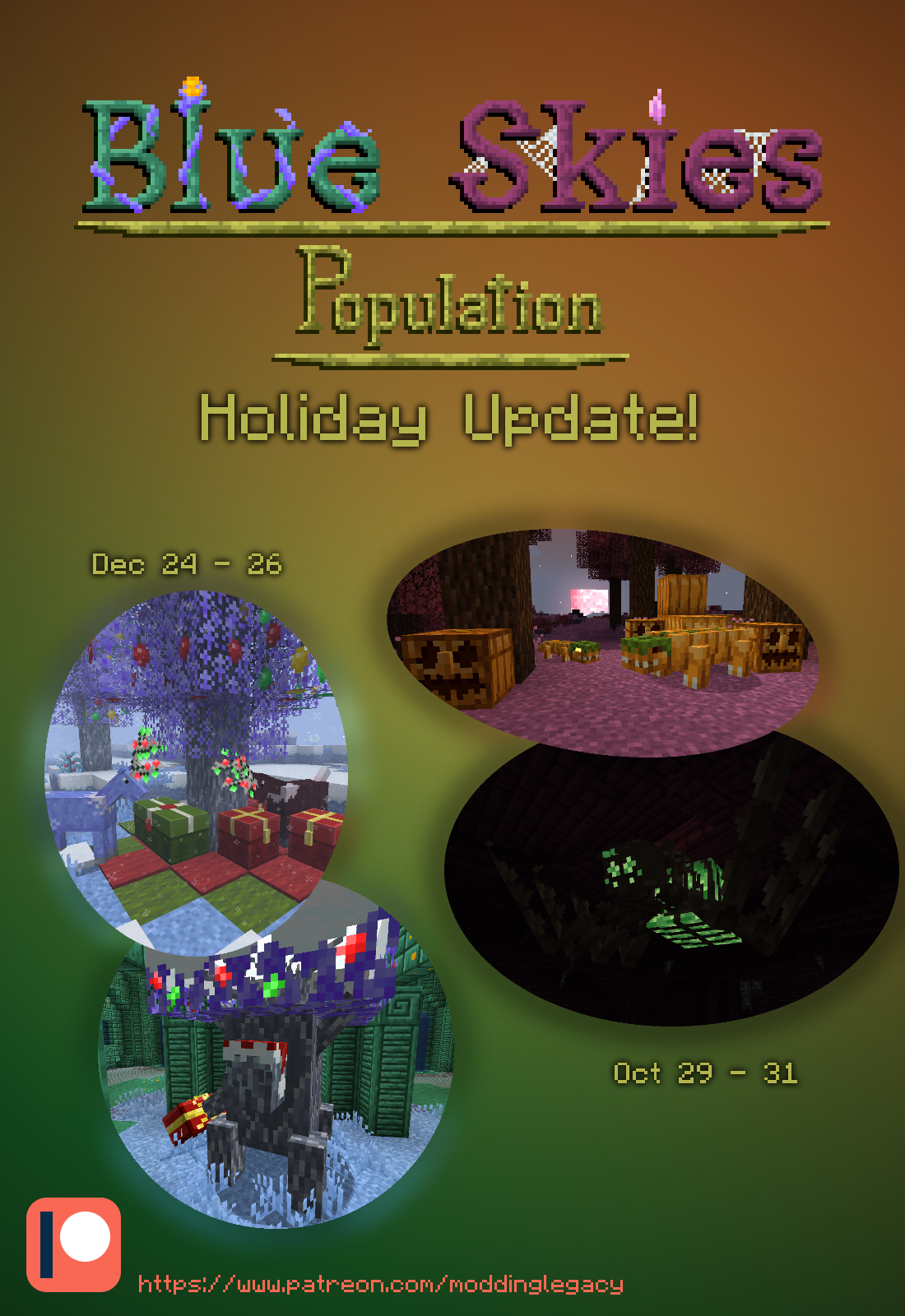 Hey everyone, it’s been a while since our last big announcement. We’re proud to announce that Blue Skies and The Conjurer have made it to Minecraft 1.17 with some new features!

The Conjurer 1.17 Update! (New Weapons, Throwable Playing Cards and Bouncy Balls) A new Conjurer update appears! This update includes 2 fun throwing weapons you can obtain from the Conjurer, as well as a brand new music disc from Jesterguy. The Conjurer’s hat has also been enhanced, now giving 30% magic damage resistance alongside the bad omen immunity it has always had.

Blue Skies: Population Holiday 1.17 Update (Retextures + Halloween/Festive Skins!) After a bit of time, Blue Skies: Population is now on 1.17, with new content! This mostly consists of some texture updates, and things like raw ores. The update also contains lots of quality of life changes, such as more obvious indications of how to use the journal, and the ability to use Falsite nuggets as a Lapis substitute. There’s also tons of new advancements, including special boss challenges. Alongside all that, the main focus for this update was holiday festivities, which can be seen in the update video below! If you want to see the full changelog, it can be found on the latest Curse file.

With this update having been released, we have begun development on the next major update, now known as “Convergence”. We have lots of big plans for the update, and will post about it as we have completed content to show. Stay tuned!